Fat Kid Is About To Rule The World, starting with Seattle! 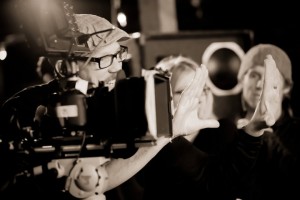 Matthew’s directorial debut starts filming in Seattle and Renton on July 5th!
Be sure to follow the official Fat Kid Rules The World accounts on Facebook and Twitter for updates!

“I’m going to be doing a feature in Seattle directed by Matthew Lillard, coming up in July. It’s called Fat Kid Rules the World. Really excited. It’s gonna be cool.”

Brian Sutherland has also joined the cast as Dino. You may have read Matthew’s tweet about having lunch with Mike from Pearl Jam? He’s signed on to score the film!

Here is Matthew giving the inaugural speech to an assembled cast and crew as they did a script run through!

We asked Warren Etheredge, from The Warren Report if he would be visiting the production to report on the film since he is based in Seattle. He did the excellent interview with Matthew a few years ago when Spooner was in competition at Slamdance. Warren was hopeful that Matthew may visit his High Bar, which would be a treat when you consider what other luminaries Warren has interviewed there, (Jodie Foster, Duncan Jones and Morgan Spurlock!)

As always we will bring you news and links in this exciting time for Matthew and his cast and crew. Please visit often and be sure to follow the official facebook and twitter accounts for more news!

In other excellent news, From The Head won Best Feature at Philadelphia Independent Film Festival as well as Best Local, marking a milestone as the first film to win both awards! A real achievement for the hardworking director, writer and actor, George Griffiths and his cast and crew. George reported on Twitter that the screening was packed and people asked great questions in the Q&A following the film. We can’t wait to hear more about this unique and compelling film where Matthew stars as Jimmy, a bathroom attendee who interacts with Shoes, the bathroom attendant in an NYC strip club.