Spooner is in L.A cinemas today, Matthew Q&A tomorrow & on DVD next week!

Finally, the long awaited Drake Doremus debut, Spooner has a release in Los Angeles cinemas this week and it is available on DVD from the 15th of March!

Spooner can be seen at The Sunset 5 movie theater in West Hollywood all week as well as the Santa Ana!

At the Sunset 5, Nora Zehetner (lead actress), Jonathan Schwartz and Lindsay Stidham (producers) will participate in a Q&A after the 7:20 screening on Friday, March 4 tonight.

Matthew Lillard , Nora Zehetner and Lindsay Stidham will participate in a Q&A after the 7:20 screening on Saturday, March 5, also at the Sunset 5.

We have been excited about this project ever since we found out about it and have been a passionate supporter of this film, from its beginnings at independent film festivals where it won lots of awards and went to Slamdance. We are pleased to see it finally has a release!

Matthew stars as Herman Spooner, a man unfulfilled by his job as a car salesman and comfortable living in his parents house. As he fast approaches his 30th birthday, his parents impose their rule that he has to move out by his 30th birthday. Herman falls in love with Rose (beautifully played by the enchanting Nora Zehetner), a free spirited woman he meets as her car breaks down. They tentatively get to know each other but can Herman get the girl and his own place before it’s too late? 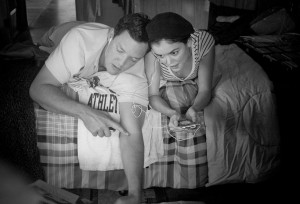 We believe this is the DVD cover from Maya Entertainment who are the home dvd distributor. 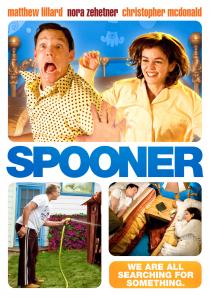 Read a review from the OC Weekly and it is the L.A Times critic, Kenneth Turan’s pick of the week!