Matthew’s found his Match with Patrick Stewart and Carla Gugino

Last December, we know Matthew was filming in Brooklyn with Patrick Stewart, filming has wrapped and now we can finally report more on the movie as the press outlets have picked up on the movie. 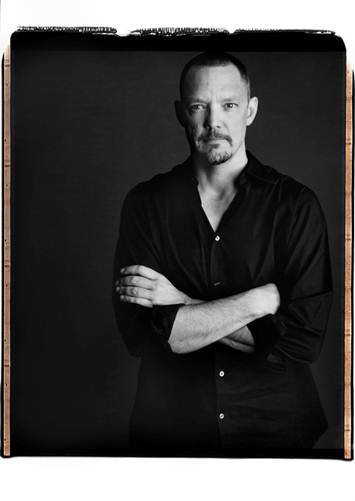 Deadline were first on the scene with this amazing new picture of Matthew, as they exclusively reported on the plot and characters played by Matthew, Carla and Patrick, followed by other press outlets such as Hollywood Reporter. Always a thrill to see a writeup of a new Matthew project!

Patrick Stewart stars as Tobi, a reclusive eccentric Julliard dance instructor who is haunted by his past. A Seattle couple Lisa and Mike, portrayed by Carla and Matthew, track him down to interview Tobi about dance in the ’60s for Lisa’s thesis and Tobi finds himself having to face up to consequences of decisions he made long ago as the couple may have other real intentions for meeting him.

Match is being adapted and directed by Stephen Belber, from his own Tony award winning Broadway 2004 play of the same name.

We look forward to finding out more about the movie and a release date!

Matthew spoke at USC earlier this week on Tuesday, his topics covered ‘passion, following your dreams and the Serengeti’! Thanks to Earl for sharing that event with us.